During the mid-1990’s a number of west European Federations arranged a friendly Water Polo Tournament for Senior Men. These Federations were Ireland, Belgium, Sweden, England and Scotland and the Tournament became known as The North Sea Cup.

Over the following years, some of the teams dropped out and other new teams became involved such as Denmark, Switzerland, Portugal and the Czech Republic. This was seen as a strong preparation for those nations who participated in the European “B” Championships which were held every two years. However, since these Championships were dropped by LEN five years ago, a working group came together to develop water polo tournaments for the “B” nations to compete in. This group is driven by four members from Czech Republic, Ireland, Denmark and Switzerland.

Four years ago we had only one event, a Men’s Six Nations Tournament. Three years ago we renamed the events as EU Nations Cup where we held our 1st 8 Nations Men’s Tournament in Limerick, Ireland. In 2015 we have increased the participation to Senior Women, Junior Boy’s and Junior Girl’s Tournaments. The Junior Girl’s Tournament took place in Prague last September and for the first time, we had 10 Nations taking part. Half of the year later, for the first time in the EU Nations history, the Senior Women’s tournament in Prague was held under the patronage of LEN. This might have been the next step for EU Nations in becoming a No. 2 water polo event in Europe right after the Championships. 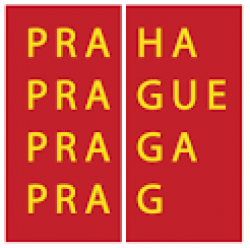